Tag Archives: about me

***See end of post for information on the theme call for next week’s Third Thursday Flash: The TURKEY Edition!***

A little over a week ago, I was honored with two awards in one day. Wow! Today I’d like to discuss the second of the two, the Liebster, which comes to me from the wonderful Katherine Checkley—thanks so much, Katherine! Katherine runs a beautiful and informative blog called The Intrinsic Writer, which deals with all sorts of writerly topics. Katherine’s is a great voice, and this is why it’s such a compliment that she nominated me for my second Liebster Award. 🙂

Here are the rules for the Liebster Award: 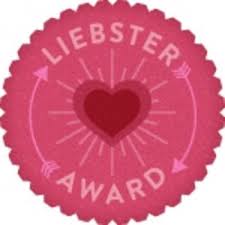 Eleven Facts About Me:

My Eleven Questions to Answer:

Phew. Those were surprisingly challenging questions by Katherine! 🙂 Now on to…

Eleven Questions for Those I’ve Nominated:

Okay, on to the nominees…Having just nominated five fantastic bloggers last week, and having discovered that all of my favorite bloggers are people I nominated the last time I sent a Liebster around, I have decided to break the rules (for shame, Rieder!)…I am nominating only two people. While I am issuing an honorary Liebster to the five people I nominated for The Illuminating Blogger Award, the following are two people whose blogs are full of great information, and whose posts I always look forward to reading!

Thanks for the engaging posts, you two! Well done, and keep up the outstanding work. And of course, thanks again to Katherine Checkley for nominating me! 🙂

Before I wrap this post up, I want to remind everyone that next week is the sixth edition of Third Thursday Flash—meaning theme submissions are open now until Monday the 19th at 8 p.m. PST! Since this particular edition will fall on Thanksgiving, I’m officially entitling it Third Thursday Flash, the Turkey Edition. That’s right: The TURKEY Edition! Interpret as you like, and send along an idea, pair of words, sentence, or theme that you would like me to craft into a flash fiction piece for next week’s Third Thursday Flash. You can send your ideas to evariederauthor@gmail.com.

Thanks for participating and reading, everyone!

4 Comments   |  tags: about me, awards, journey, other authors, Reader Participation! | posted in Awards, Right Back at Ya!, Third Thursday Flash